Weblog of the Education for Peace Initiative at Prajnya

Explosions Within and Without: The MLK Lesson

Peace. It’s an elusive word. And when the going is tough, it’s tougher to uphold.

When we’re in relative comfort and without anyone repeatedly challenging our basic civil liberties, it is relatively easy to espouse peace. But the litmus test of peace is during times of crises. Great champions of peace react in a way that seemingly goes contrary to all natural instincts, yet appear noble on hindsight.

If a man burns down your home, and you had the power to incite violence against the perpetrators, what would you do? 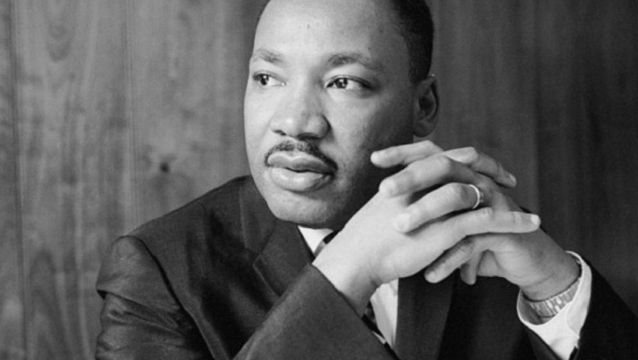 That is the exact question that Martin Luther King, Jr., black civil rights activist and known proponent of non-violence was faced with, on January 30, 1956, as his house was bombed by white extremists. Martin Luther King (or MLK, as he was known) had been garnering support for the Montgomery Bus Boycott, demanding equal seating for all races on buses in the city of Montgomery in Alabama, U.S.A.

MLK had been following the path of non-violence, and trying hard to rein in his anger at the atrocities committed against black people. Just a couple of months earlier, after a meeting with Montogomery authorities to find a way to solve the bus boycott problem, he had regretted that he had allowed his anger to escape to his tongue. He later wrote in his autobiography,

“I had spoken hastily and resentfully. Yet I knew that this was no way to solve a problem. ‘You must not harbour anger,’ I admonished myself. ‘You must be willing to suffer the anger of the opponent, and yet not return anger. You must not become bitter.’”

On the night his house was bombed, exactly eight years to the day that Mahatma Gandhi, his inspiration for non-violence, passed away, restless crowds were swelling. They were roused, and were ready to strike against the establishment at any minute. A word from MLK would have set off a spiralling chain of violence across the state.

Before addressing the crowd outside, MLK sat down for a quiet moment to quell anger that was rising in him. He writes,

“I could feel the anger rising when I realized that my wife and baby could have been killed. I was once more on the verge of corroding hatred. And once more I caught myself and said: ‘You must not allow yourself to become bitter’.”

When he came outside to meet the crowd, he quelled their anger as well. He spoke to them of love and forgiveness. “I want you to love our enemies,” he told them, “Be good to them. Love them and let them know that you love them.”

The crowd’s anger was now redirected toward action, but not the violent kind. What could have been one of the deadliest episodes of racial tension in the United States was averted by a soothing call to non-violence.

A cry of war may travel further out, but a call to non-violence travels deeper within.

“The nonviolent resisters can summarize their message in the following simple terms: we will take direct action against injustice despite the failure of governmental and other official agencies to act first. We will not obey unjust laws or submit to unjust practices. We will do this peacefully, openly, cheerfully because our aim is to persuade. We adopt the means of nonviolence because our end is a community at peace with itself. We will try to persuade with our words, but if our words fail, we will try to persuade with our acts. We will always be willing to talk and seek fair compromise, but we are ready to suffer when necessary and even risk our lives to become witnesses to truth as we see it.”